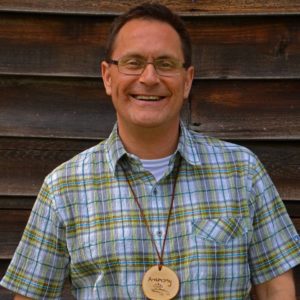 Anthony is originally from North Carolina and has been with Cross Roads since 2010. He has worked professionally in Youth and Outdoor Ministries for more than 30 years. Before coming to New Jersey, he served as Executive Director of Lake Chautauqua Lutheran Center in Western New York and as Executive Director of Lutheran Retreats, Camps and Conferences of Southern California. Travel, reading, history, working with all ages of people, and pottery are a few things he loves. Writing bios about himself…not so much. 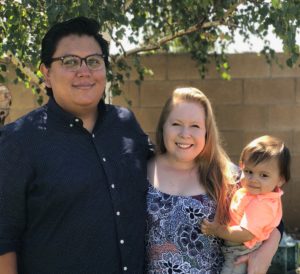 Esteban and Nora Flores joined the year-round staff at Cross Roads in September 2018. Nora and Esteban met in 2009 working for Lutheran Retreats, Camps and Conferences with Anthony Briggs in Southern California. They were married in 2015, welcomed Ben to the family in August of 2017, and had Arthur join their family in November 2021. They have 13 summers combined experience working in all aspects of outdoor ministry. In the past Nora spent time volunteering and worked as the office assistant at Cross Roads. Esteban worked 4 summers at Cross Roads as a camp assistant and then as summer leadership staff. More recently Nora has been the Center Director for a child care facility, and Esteban has been the Produce Clerk and merchandiser at the local grocery store. They are thrilled to be returning to Cross Roads to continue their passion for outdoor ministry! 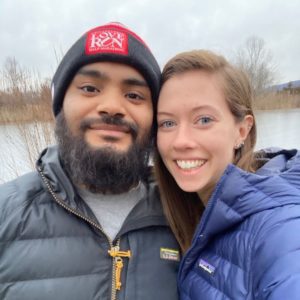 Cross Roads welcomed Helen and Dylan Payanzo to the year-round administrative staff in January 2022. Helen and Dylan met in 2017 working on summer staff at Cross Roads and they got married in 2020. Helen worked for 5 summers at Cross Roads as a counselor and then on leadership staff as a lifeguard trainer and program coordinator. Before joining the year-round staff at Cross Roads, Helen worked as a second and third grade teacher in Virginia. Dylan has been coming to Cross Roads since 2008 and previously worked as a counselor, LIT trainer, summer leadership team member, and year-round camp assistant. In his free time, Dylan exercises, plays soccer, takes naps, eats, and plays video games. 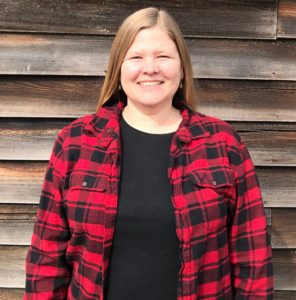 Corine Borrero has served as the Office Manager for Cross Roads since early 2018. With a degree in Business Administration, English Writing, and French, she brings the experiences of having worked in retail sales, banking, and youth ministry. Corine is a mother of 4 and a grandmother of 2 and firmly believes that faith and laughter are essential ingredients for life. Her favorite quote is “When you learn, teach, when you get, give.” (Maya Angelou) 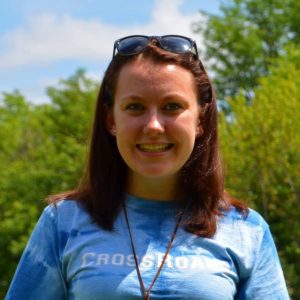 Olivia Whitener began as the Media and Marketing Specialist at Cross Roads in February 2018. She works with the team at Cross Roads to promote camp activities, develop resources for sharing the positive impacts of camp experiences, and create content that engages and informs. Olivia holds a BA in Anthropology from Wake Forest University and brings years of experience working in communications and editing for nonprofit organizations. During college she spent three years on summer staff at Cross Roads, where she met her husband. Olivia enjoys reading a good book, singing songs around a campfire, and exploring new places. 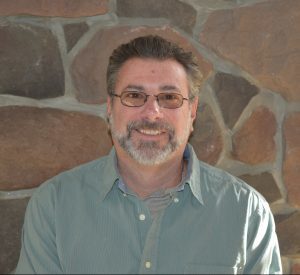 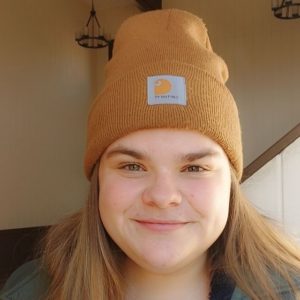 Millie has been a camper at Cross Roads for many years, attending both youth camp and high school weeks. She joined summer staff in 2021 as a kitchen staff member. Millie now serves as Camp Assistant where she helps wherever she is needed and she will be on summer staff in 2022 as a counselor!  She would like to study early childhood education in the fall of 2022.

A ministry of the Episcopal Diocese of Newark
and the New Jersey Synod of the ELCA.
Accredited by the American Camp Association.